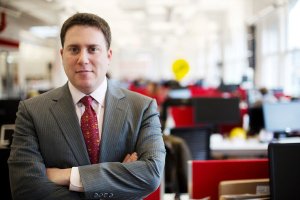 I first met Ben Smith in 2009 when we participated in a panel discussion in front of some student journalists. He was at Politico at the time, and it was just after Eliot Spitzer had gotten busted. While we were waiting to go on stage, Smith got a call from Spitzer on his cell phone. I thought that was pretty cool. Fast forward three years, and Smith–one of the smartest political reporters in NYC–took the top editorial job at BuzzFeed, instantly making him America’s most respected purveyor of listicles and cat gifs. How do you not write about this guy?